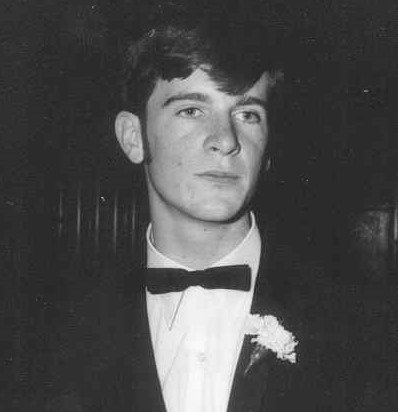 Anthony Venn-Brown is one of the oldest living survivors of ex-gay/reparative/conversion therapy, in a religious context, in the world.

Born in 1951, Anthony developmental years were during the homosexual dark ages of the 50’s and 60’s.  Becoming conscious of his homosexuality as a teenager in the mid 1960’s was frightening. The law said he was a criminal and mental health professionals were using aversion therapy to cure gay men and lesbians. After an attempted suicide and a time in therapy in 1967-68, he turned to God for help in the summer of 1969 and became a born-again Christian. For Anthony, now his homosexuality wasn’t only a crime and sickness it was a sin….an abomination.

The struggle to change only intensified with much prayer, devotion and even exorcisms. No matter how hard he prayed or tried to change, he could never completely rid himself of his attraction to men. In 1971 he went through numerous exorcisms to deliver him of his ‘homosexual demons’. In 1972, four years before Exodus was founded in the United States, in desperation, Anthony entered an Australian residential rehabilitation program to cure him of his “curse”, his homosexuality. After six months he left and married two years later.

By 1991 Anthony had become a popular, high-profile Pentecostal preacher, speaking weekly in Australia’s megachurches. His homosexuality was suppressed, controlled and denied but never went away.  His passion to serve God and the church implodes the night he finds love in the arms of a man. Anthony is forced to make the toughest decision of his life – keep fighting or face reality.

Anthony’s personal journey from being a self-loathing homosexual to openly proud leader in the LGBTI community is an intriguing one. In Australia, he has been at the forefront of exposing the ex-gay myth and contributing to the demise of gay conversion organisations. In 2013, he was secretly invited to attend the Exodus annual conference to hear the historic announcement that the world’s leading conversion therapy organisation was shutting down.

It is this background of the authors personal experience that enables him to share previously unexplored insights. The observations and lessons learned during those fifty years are intensely relevant to Christians and churches today still grappling with the “gay issue” and yet to discover it’s not unnatural, a sin, perversion or an abomination.